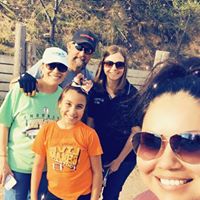 This year the board decided to find out what programs the community found the most important and the most helpful. A survey was developed and sent out to Main Street members and volunteers and through the Main Street Guymon Facebook page during March and April.

The survey had 24 questions with multiple choice answers. There were 149 people who took the less than five minutes to answer the questions. This is the first article in a series of five on what the surveys revealed on the opinions from the community.

The most popular program or event sponsored by Main Street Guymon, according to the answers on the survey, is the Community Clean – Up, with only one person not giving it a thumbs up. The one who didn’t give it a positive answer said they were not aware of the program.

The Community Clean – Ups take place in April and September each year and has for over 10 years. Main Street Guymon is one of the organizers of the event, but the true work comes from hundreds of volunteers through many different groups that pitch in and primarily do trash pick – up to make the town look better.

This is an image event and does not bring in any funds in to Main Street Guymon. Rather, it often costs Main Street when they feed some of the larger clean – up crews. The Main Street board of directors has always considered this a positive use of funds.

The Farmer’s Market came in with a 93% positive vote and only 1% negative. This popular event has been happening for over a dozen years and is an event that is also an image event. For many years Main Street Guymon has received a sponsorship from Linda Hill Crop Insurance that paid for the banners, the little bit of advertising and promotion in past years, and the permit required through the City of Guymon.

“I feel like Farmers Market could be bigger and those who do in – home cooking or baking should be able to have a booth again,” wrote one person on the survey. The Home Baking Act was passed, but the vendors at the market are still under the requirements of the food inspector at the Texas County Health Department.

The Farmer’s Market is a chance to buy farm or garden – fresh vegetables that have a chance to ripen on the vine. The Helm’s family has a huge selection to choose from, and Mary Long, who has been a member of the market since it began, is also considered a core of the market.

Outback is the third most popular Main Street Guymon event, according to the survey. This outdoor street event that takes place the Friday after Pioneer Days is the event around the pre – registration for Iron Thunder’s Five State Motorcycle Run. Main Street Guymon volunteers sell beef and pork burgers with beans and beverages for $5 while live music is happening on the street.

Outback received a 79% positive vote with the remaining voters saying they did not know about it. This event, through sponsorships, is a small fund raiser, usually garnering about $1,000 for the Main Street Guymon coffers.

“Outback is one of those events that is in support of our partner, Iron Thunder,” explains Melyn Johnson. “And at the same time, we use it almost as a volunteer appreciate event. It is one that is a lot of fun and Charles White has the planning of it down to a tee. We love Outback.”
Shop Small Breakfast has happened two years and is a retail promotion event where Main Street Guymon and Charles White Insurance have breakfast burritos available the Saturday after Thanksgiving so shoppers can fortify themselves and go out Christmas shopping. The committee is discussing maybe having the breakfast later in the morning, when there are more shoppers going out.

This small event has a 74% positive rating, with 23% saying they didn’t know about it.

Guymon Fiesta had a 68% positive rating with 27% saying they were unaware of the event, and 4% not liking it. This event scores as the number one fund raiser for Main Street Guymon, with the sponsors being many who are not Main Street Guymon members.

“We have found that the Fiesta is great for our diversification,” explains Johnson. “The Fiesta was a long – time City of Guymon event until three years ago, when a City official came to us and said they would not be able to do it anymore and asked if Main Street would like to take it. We love the event, it takes place on Main Street, and Soila Medina who has organized the event for many years was our Board Chairman at the time. It seemed like a perfect fit on our Road Map of Events! It is also the event that brings in the most sponsorship dollars of all.”

Last year, through the help of Hal Clark, Main Street Guymon held a silent auction that brought in about a $1,000. The auction received a 55% positive vote with a 42% not knowing about the auction.

Another new program last year was the Pangaea International Evening that had a similar return on the investment of time. This was an educational cultural event to teach more about our community history and populations. The evenings tickets sold out. Of those who answered the survey, 51% liked the event and 41% didn’t know about it.

The Main Street Guymon Board of Directors feels it is important to continually work to blend and bond our population and this can be helped through education. The better we know one another, the more we can work together towards greater community goals.

One opinion expressed in the survey was to “bring more projects that impact the City of Guymon as a whole and will be in place for generations to come.” They continued, “Work on actual changes to Main Street, historical district instead of concentrating on nothing but events. Events are good, but seeing actual change is what will make this community grow.”

Another opinion written on the comment section wanted more events and they said, “Bring back the Car Show, Sunflower Festival, Christmas Parade, and add maybe a once a month ‘Summertime Saturday night’ street dance featuring local bands. Charge a minimal $5 per person, $10 per couple, armband drinking. Bring fun to downtown. Think about it, sidewalks lined with lawn chairs and people having a great time.”

“Bringing fun downtown is something that we love to do more often,” one Main Street Guymon board member said. “If there was a group that wanted to do this, we would really enjoy partnering with them to help make it happen.”

“Asking for opinions is interesting,” says Johnson. “And the ideas can really vary. The two people’s opinions both deserve to be read and to consider, but there isn’t really any way that you can please everyone. It’s impossible.”