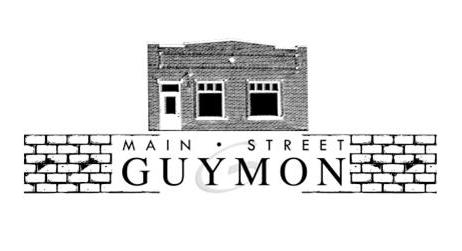 This year the board decided to find out what programs the community found the most important and the most helpful. A survey was developed and sent out to Main Street members and volunteers and through the Main Street Guymon social media during March and April.

The survey had 24 questions with multiple choice answers. There were 149 people who took the less than five minutes to answer the questions. This is the second article in a series of five on what the surveys revealed on the opinions from the community.

“It is a goal to not inundate someone with the same thing over and over because this will set people to hiding our page,” explains Director Melyn Johnson. “And we want to promote positive things because we really don’t want to perpetuate negative thoughts and issues. There is a good reason for this. We have 10,000 to 24,000 people engaging our posts every month. Facebook will show you each month which post has received the most attention. It is always a positive post, something that tells about someone doing well, or one of the veteran’s banners of a well – known person, something of this sort. Talking smack isn’t what we’re about.

“I admit,” says Johnson, “the information from our member businesses do get priority. I don’t apologize for that, because we support those who support us. If it weren’t for the membership dues from individuals and businesses, there wouldn’t be a Main Street Facebook page.”
At this time there are 4,751 Facebook likes on Main Street Guymon’s page and hitting 5,000 in 2019 might well happen.

One of the fun things to post is the announcement of the Main Street Guymon Vital Volunteer of the Month. Volunteers come from all walks of life, all ages, different cultural backgrounds, and yet they all have one thing in common – they love working to make Guymon a better place to live and work.

“The Vital Volunteer posts each month are always popular,” tells Johnson. “These are folks that usually don’t just help Main Street Guymon but do all sorts of other things in the community. So, they get a lot of attention when a post commending them, and their work, goes up.”
One person wrote in the comment section of the survey, “I love living among such community – based people. Thanks for all the programs and opportunities.”

Another said, “Keep up the good work. It helps businesses keep up with what is going on in Guymon.”

“More business owners need to be involved with Main Street,” said one person.

Main Street Guymon, with one full – time paid person, and the entirely volunteer staff, would love to have more members and ideas of ways to invite people to join. “It is always the decision of the business owner where they want to invest their money,” says Johnson. “And we don’t know what is going on in other people’s lives. So, we just pray blessings on all the businesses and appreciate those that are able and willing to invest the $200 a year to be a Main Street Guymon supporter.”

“Time is what always gets in the way,” says one board member. “It isn’t easy going and asking people to become members. We try to have positive activities for the town and businesses, hoping that people appreciate what we do and join to support the programs. But we admit we aren’t good at going door to door and asking people to join.”

There is often the misunderstanding that you must be a downtown business to be a member of Main Street Guymon. This is not the case. Many of the biggest supporters and sponsors are outside the “historical” downtown (Hwy 54 north to 12th Street, on Main, Ellison and Quinn Streets).

This misunderstanding is difficult to get across as can be seen with the survey comment, “Let other businesses in so you can grow.”

“We hope that we don’t appear to not let anyone in,” commented a Main Street Guymon board member. “We want to encourage participation from everyone in all that we do.”